In becoming global citizens, we explore cultures, customs, perspectives, and festivals of the world. This year, our first major celebration was for Chinese New Year. Over two weeks, hundreds of students explored the customs of Chinese culture and the role it plays in their everyday life. 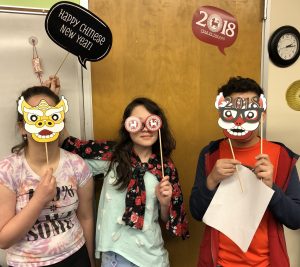 Students engaged in a number of activities over the two week study. Learning the difference between Cantonese and Mandarin, while speaking the language was a highlight for many classes. Engaging with Tangrams and learning the history was an exciting kinesthetic learning opportunity for many. Some students took the opportunity to practice writing in Chinese, while other students embraced their zodiac character traits (and denied other traits) in engaging conversations. 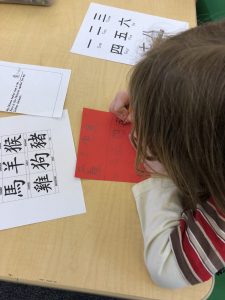 On Thursday and Friday, we were so lucky to have Ellen Meiser, originally from Alaska, visit us from California, to teach us all about the many cultures and diversities of China.  We had no idea there were so many differences and diversities in one country alone, just like here in the United States! Some places only grow rice, some only grow wheat, some are very warm places, while others are very cold. We learned about the difference between the lion dance and the dragon dance and we even got to learn how gunpowder was invented by the Chinese! 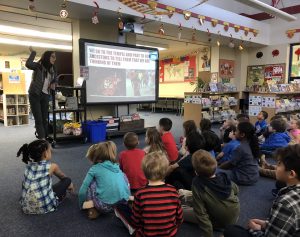 At the end of the presentations, students were given ancient Chinese coins for good luck and were taught to (and practiced) use chopsticks. 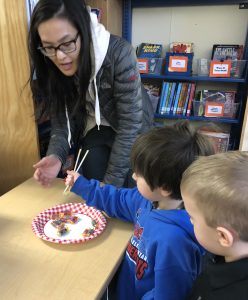 Many times, students made connections between global holidays and their symbolism in the various cultures (Hey, that’s what global citizens do). Students drew upon their previously developed knowledge of El Dia De Los Muertos, and considered the symbolism of the dragon between Chinese New Year and the Alebrije’s (protectors) of Mexican culture.  So, I decided to honor that learning by placing the Alebrije into the Chinese New Year display and creating a card to share: 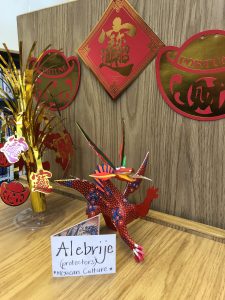 What an amazing global learning opportunity! One step closer to becoming true global citizens. From this opportunity we got to learn about some authentic, often missed, aspects to China and Chinese culture, understand the perspectives from the many regions of China, connect with someone who’s roots and family are from China, and explore many aspects of the culture, hands on! What a great week at Tudor.  “Shing Nian Quy-lu”

In December, students created cards for global pen pals and in January, we sent packages to include Alaskan treats, postcards, pictures, and mementos to regions all over the world. We got our first package (from Nepal) and students were so excited to open!

Global Friends from Lincoln School in Katmandu, Nepal sent us fantastic gifts! We got to learn the colors in Nepali (the local language) See Below:

We got to learn about temples located all over, colorful artwork and clothing that are local, and regions/landscapes. We even got to hold Lotka paper they sent, which is made from a plant they have locally! 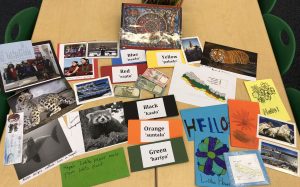 Students were especially excited to check out the currency of Nepal, which is Rupees. We have learned that many places in the world use Rupees, but they are very different from country to country. The Nepali rupee are smaller than money from most places in the world. 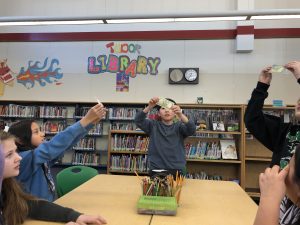 Finally, each student got a pen pal card where they got to learn everything from what they eat, where they are originally from (many were from other countries, just like we see at our own school), and what they do for fun like play soccer and basketball! Some students even mentioned that a local activity people can do is paragliding! How Cool! Here we are, excited about all our global learning, from our friends from Katmandu, Nepal. 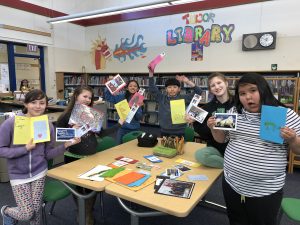 We look forward to the arrival of our next global package! Stay tuned