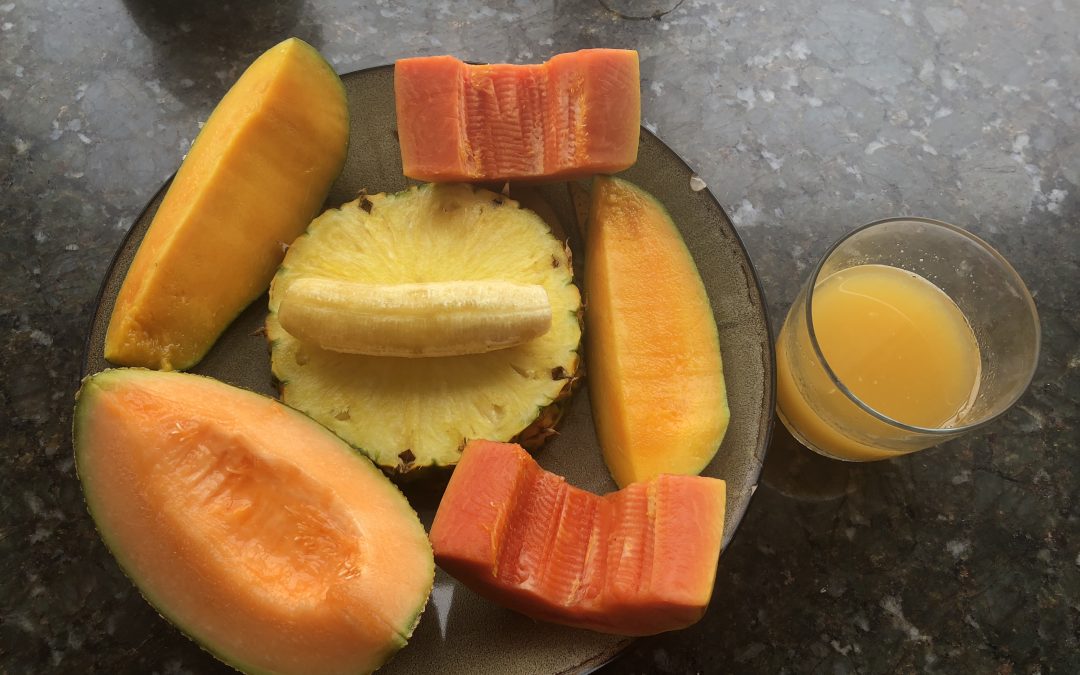 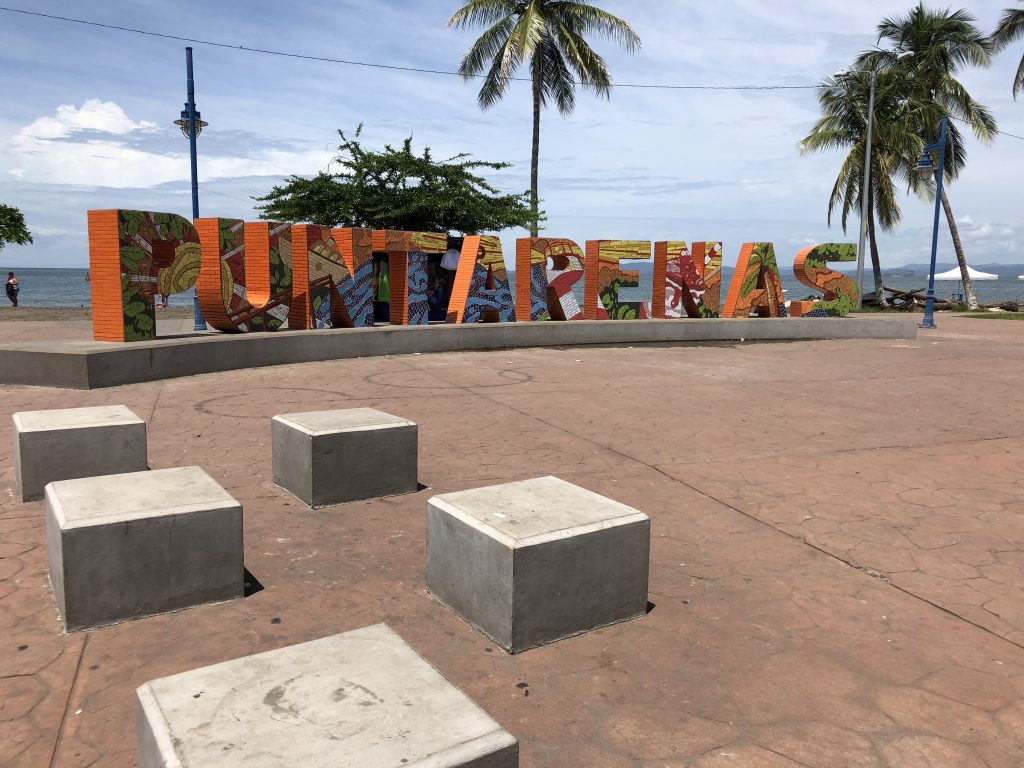 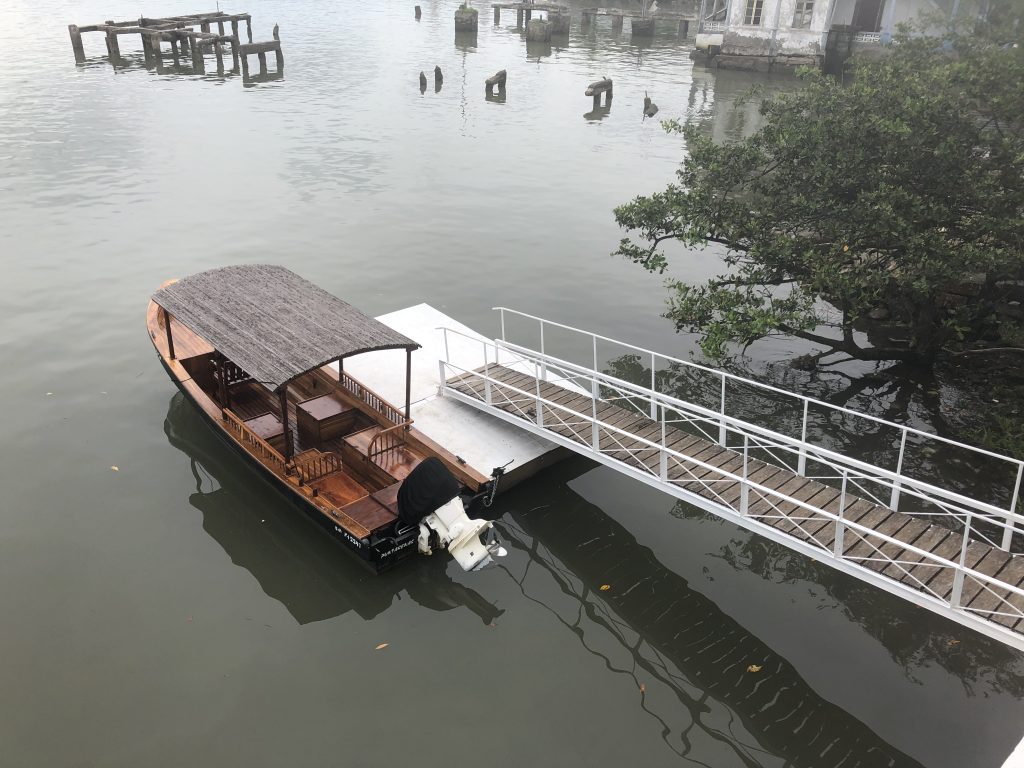 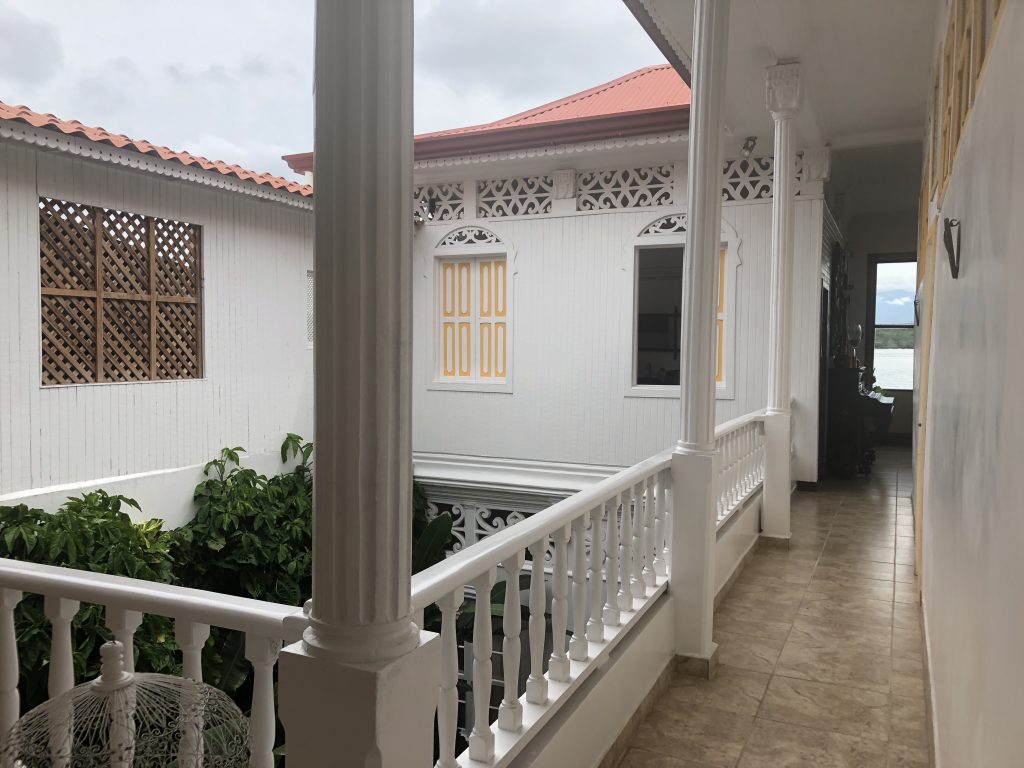 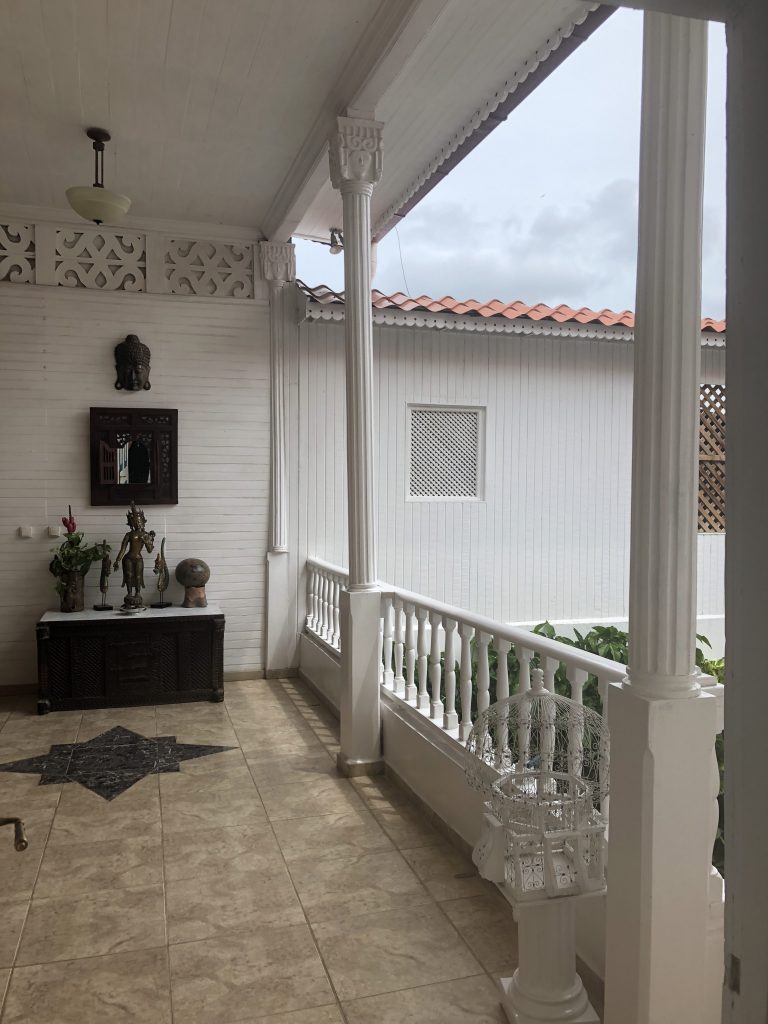 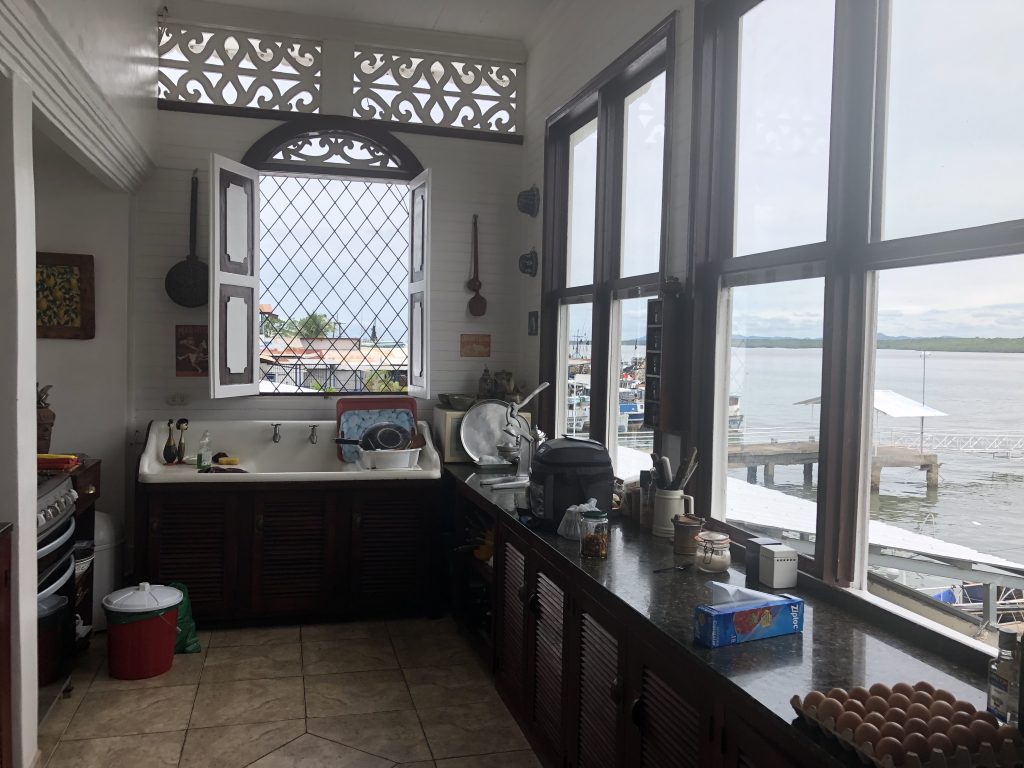 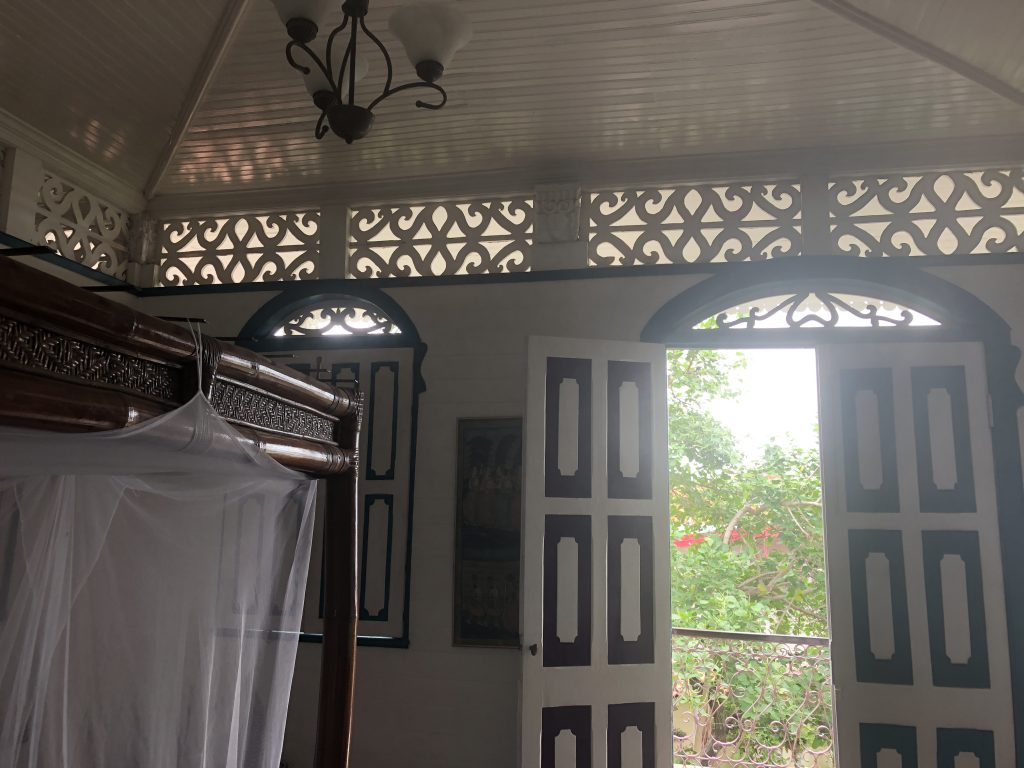 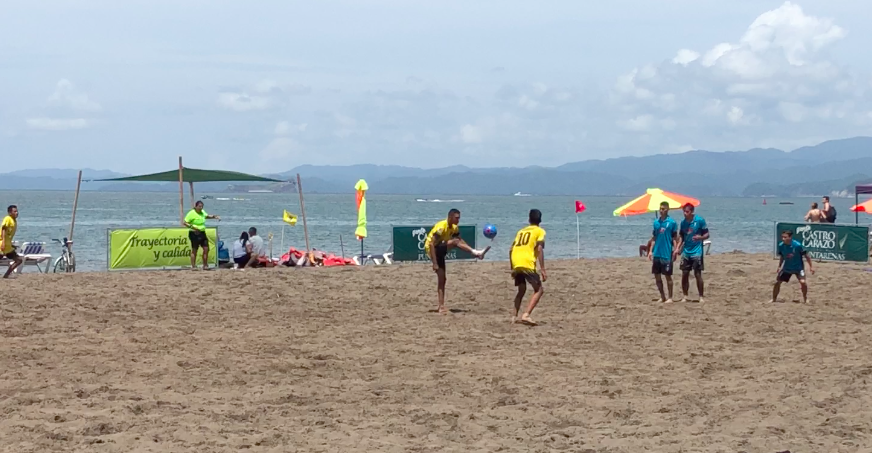 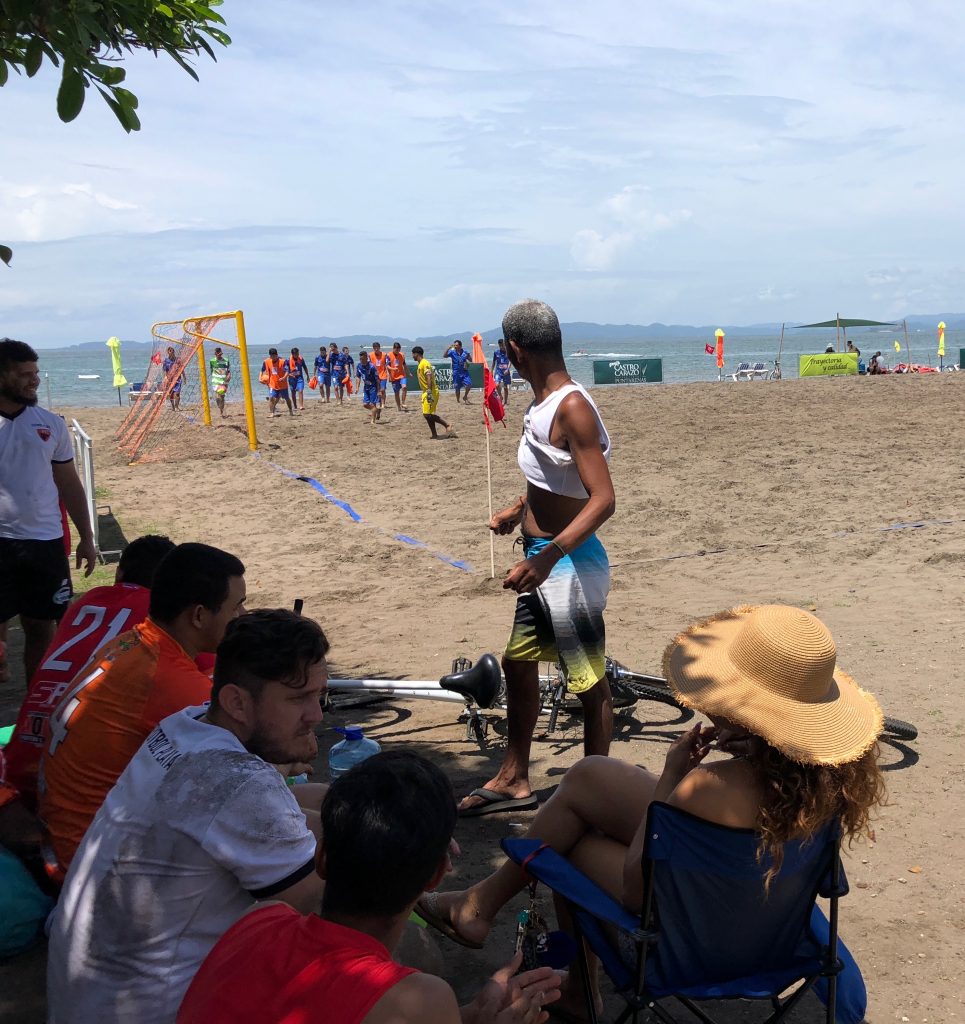 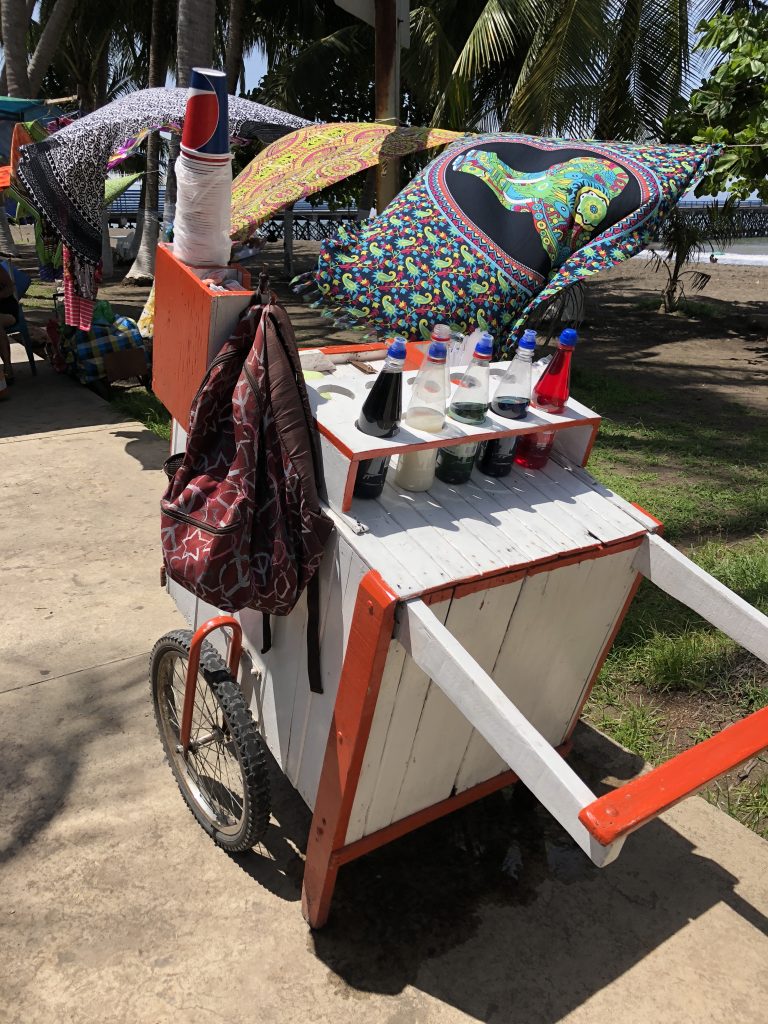 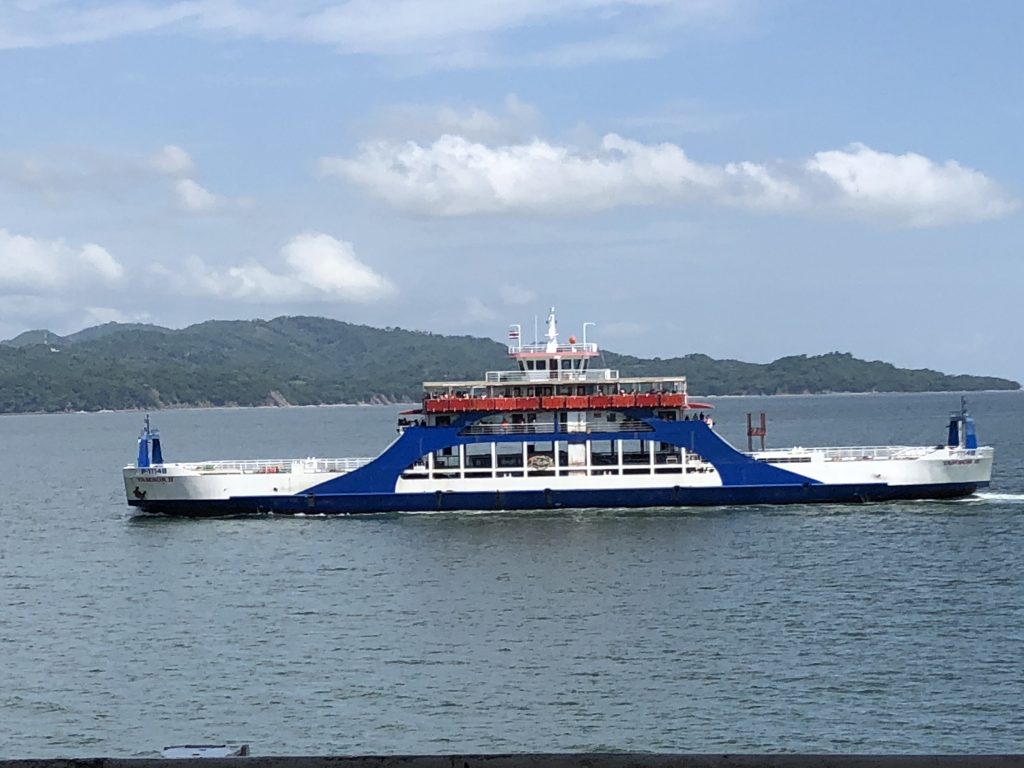 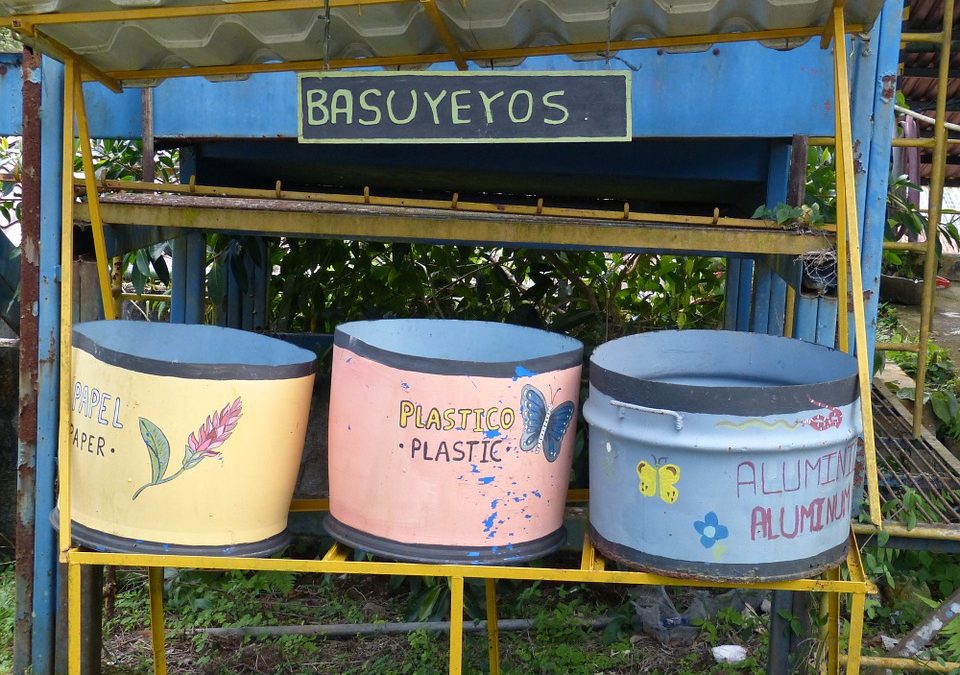 Finding the nuances of various locations is one of my favorite parts of being a global citizen, as it often makes me think of things I see everyday but pay little attention. I’m keen to noticing these unique elements when I travel. Finding avocado vendors and carts in a variety of places is a prime example. To me it seems so cool and anomalous that people make their living as an avocado vendor.  So, I thought it was that easy. After talking with street vendors in a variety of locations, I learned of the issues surrounding this single seeded fruit. One vendor mentioned that many people sell avocados that are Mexican avocados smuggled through the CR and Panama border, but if they are found selling them, there is a big penalty.

So, what’s with the avocados? 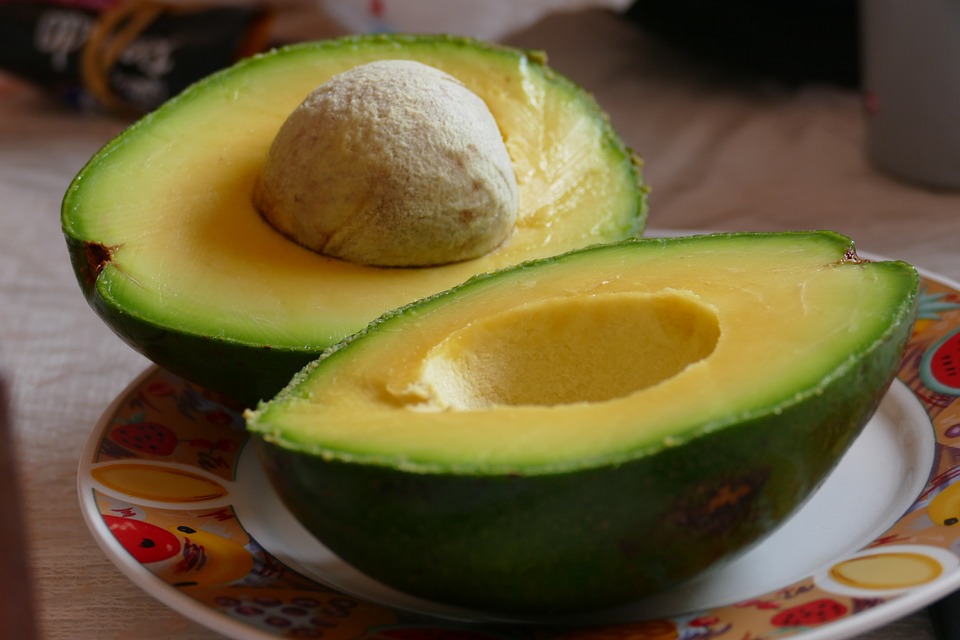 Unbeknownst to me initially, there is an outstanding World Trade Organization lawsuit brought by Mexico against Costa Rica, because CR government created strenuous regulations for legal importation, creating a major decline in the avocado trade between Mexico and CR. The reason the CR government decided to create these regulations? In 2014, they began to see agricultural “sunspot disease” tested positive in the imported avocados. They wanted to protect their agricultural growth. Costa Rica will only import avocados from Mexico IF they can show a certificate that they are free of disease, and areas that have the disease. As a result, CR began importing avocados from Peru, which have a very different look, are larger, and some say, have less attractive flavor, along with a much higher price tag. I asked a few vendors why CR doesn’t grow avocados, and got a lot of theories. A few common ones had to do with the challenges to growing this fruit without heavy chemical/pesticide use and diseases the plant can get and spread to other CR plants native to the country. Interesting how one cart, one picture, one experience can lead to learning so much about culture, relationships, and history. (Below these are the Peruvian avocados) 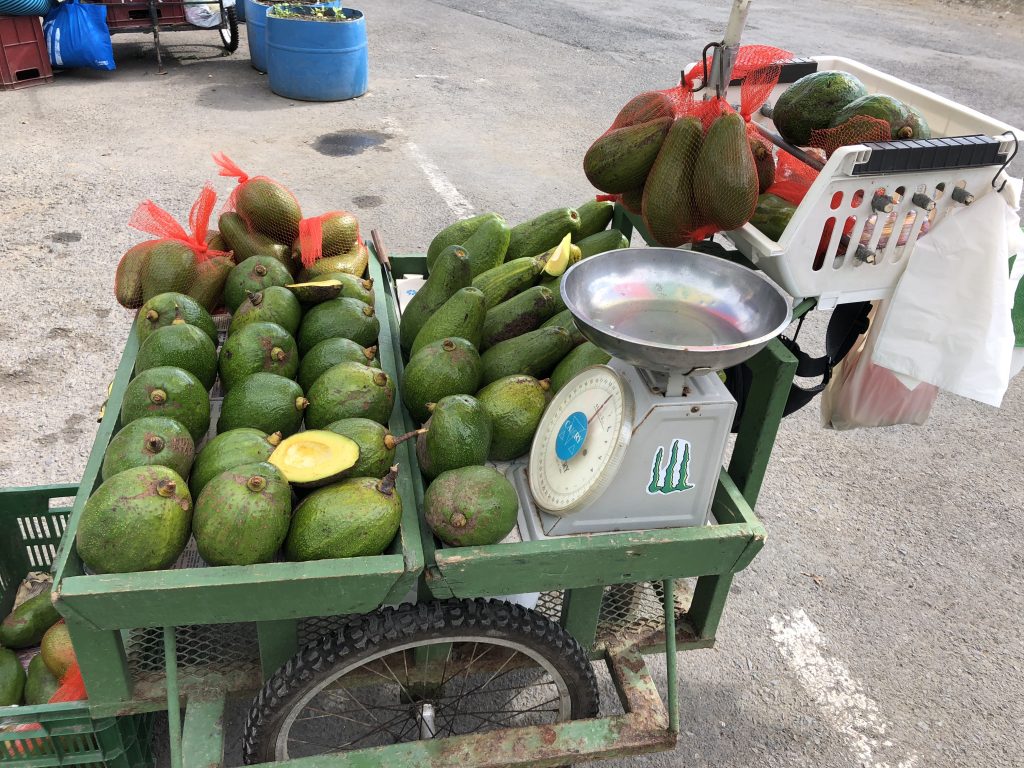 I did learn during my stay that CR has proclaimed to become the first single use plastic free country by 2021, in order to protect the mass amount of biodiversity it contains (6% of the world’s total biodiversity; this is massive considering it is such a small country). Naturally, this intriguing fact was part of the draw for me to investigate Costa Rica. Much like Alaska, and elsewhere I have traveled with a lot of coastal waters, plastic waste has overrun the once pristine and beautiful beaches. For example, see how picturesque this beach is below: 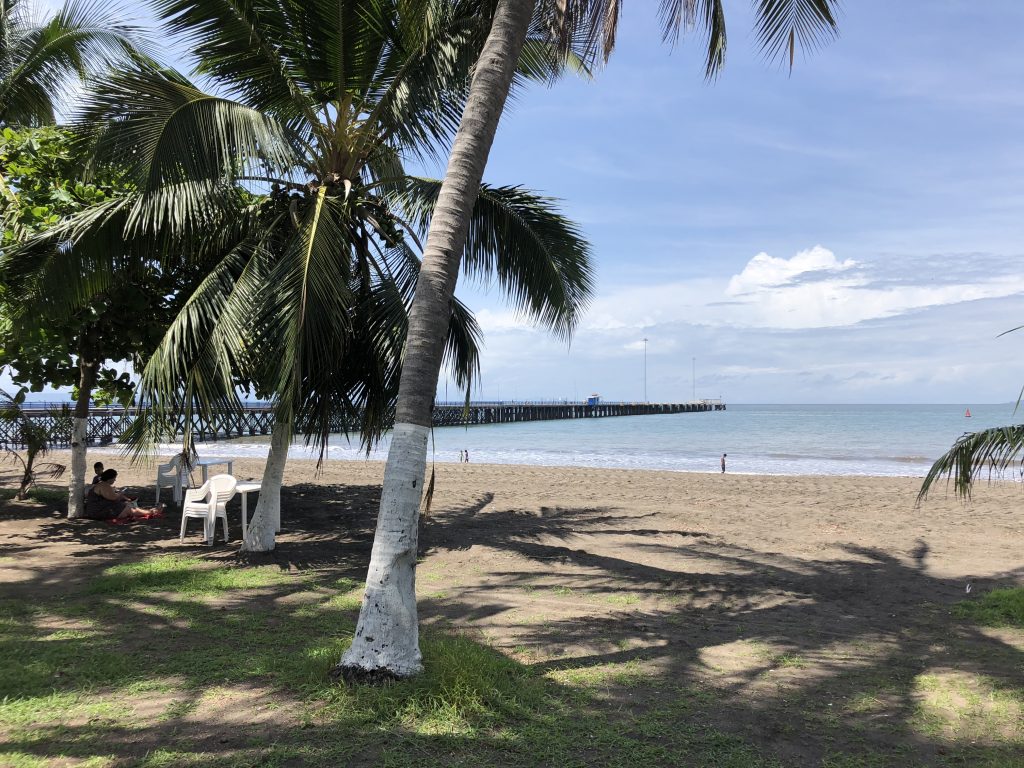 Stunning, right? It is exactly what I would imagine tropical beaches looking. Upon closer investigation, at several points, what is more often found is large amounts of plastic and commercial fishing waste (nets, lines, etc.) cluttering the rivers, beaches, and shorelines. 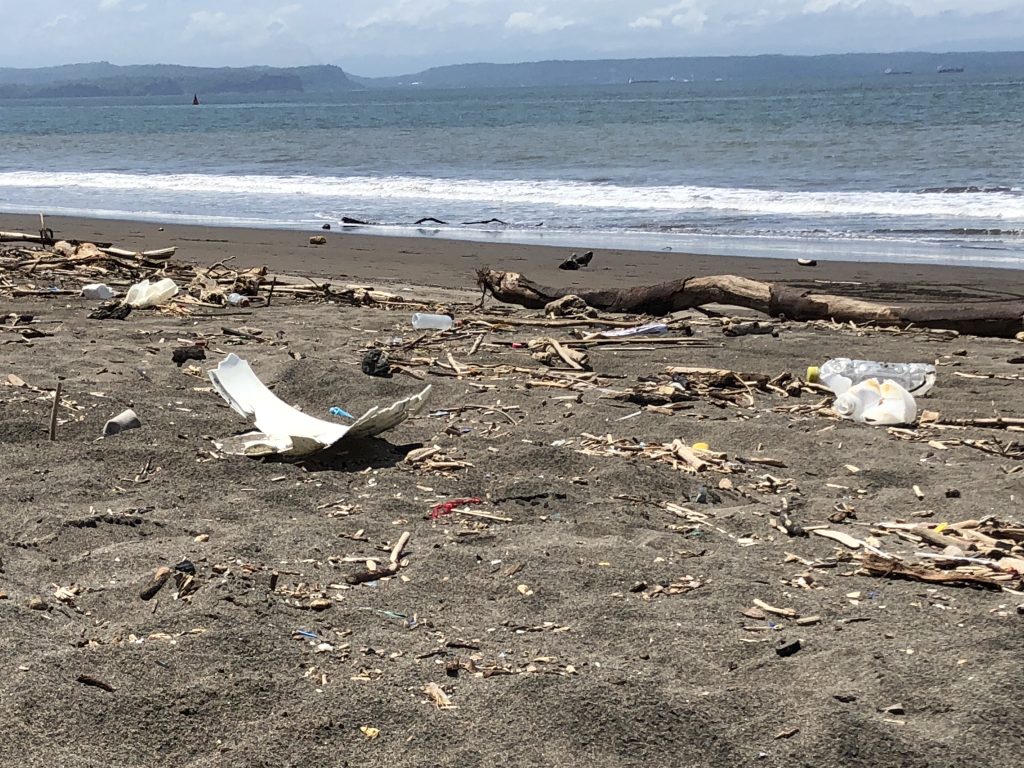 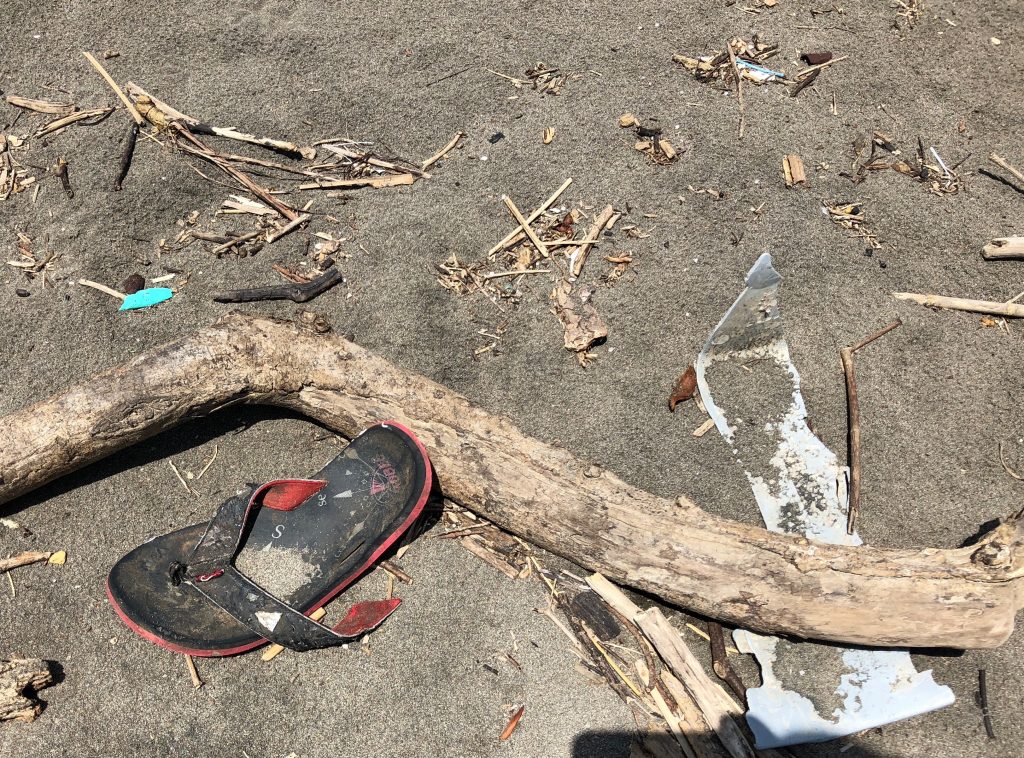 The Ellen MacArthur Foundation (go here for more info) predicted that by 2050 there will more plastic in the ocean than fish, and with Costa Rica acknowledging its main asset is its wildlife and nature, there needed to be a big push towards the removal of plastic in this small central American country. In 2009, the president of Costa Rica set out an extensive plan for creating a neutral carbon footprint. Find out more by going here. Looking at these images, creates a different sense of urgency of what it means to embrace and love the beaches. 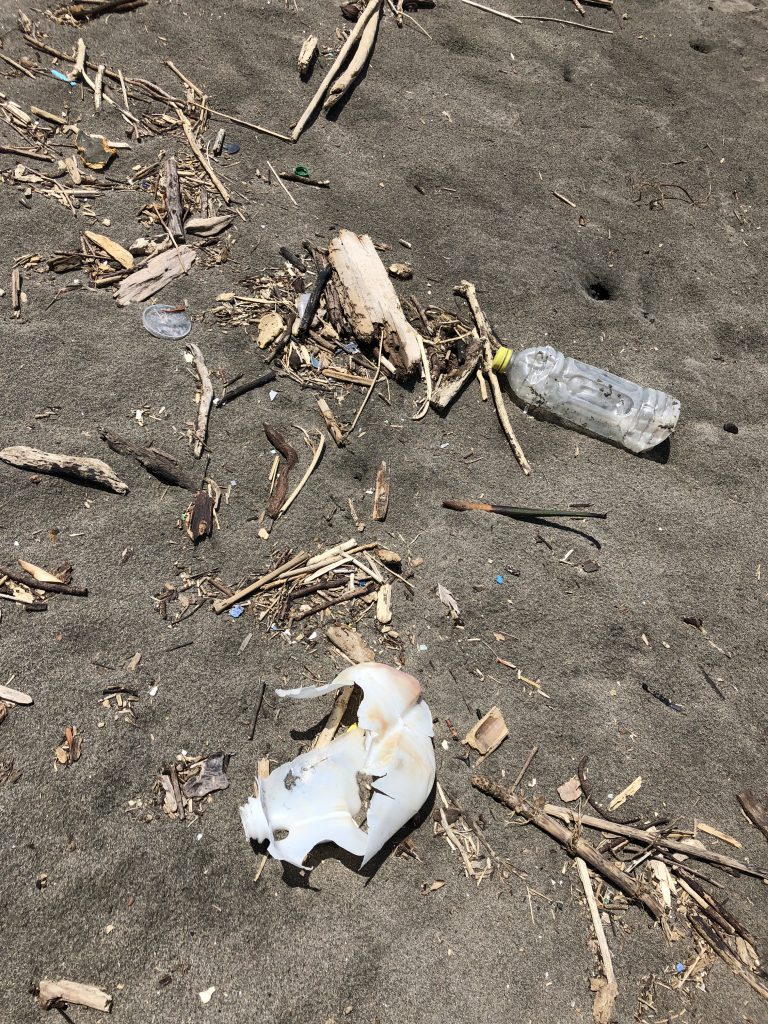 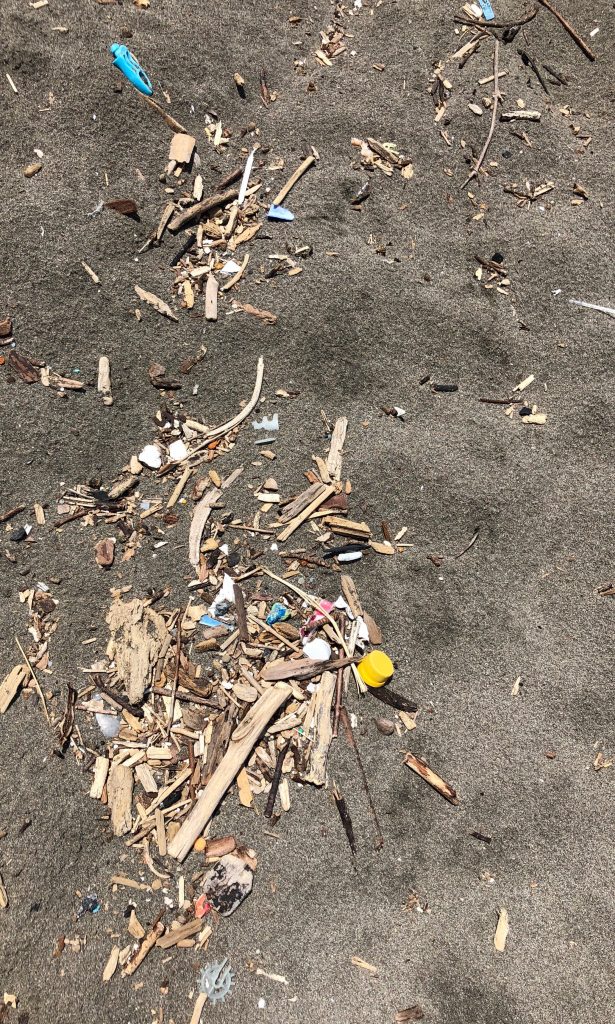 Working with Futuro Verde (click here for website) and local community organizations (ASVO), Cabo Blanco Conservation, Tambor Bay Turtles, Wild Sun Research center, among others, I learned of many challenges, opportunities, and projects focuses on creating a more sustainable and green Costa Rica, focused on preservation and living side by side with nature.

One of the challenges may come from what I have found in many of my travels, in the desire to have more of the luxuries found in the states, such as pizza and soda pop, there is more waste and plastic. Along my travels in CR, were many advertising signs such as these, showcasing a great deal on these “got to have” items. This sign shows the cost is $15.00 (USD) for an 8 slice pizza and 2.5 liter of soda, by currency exchange rates in December 2018. For people in CR, this is a costly meal, both economically, and in the waste produced. 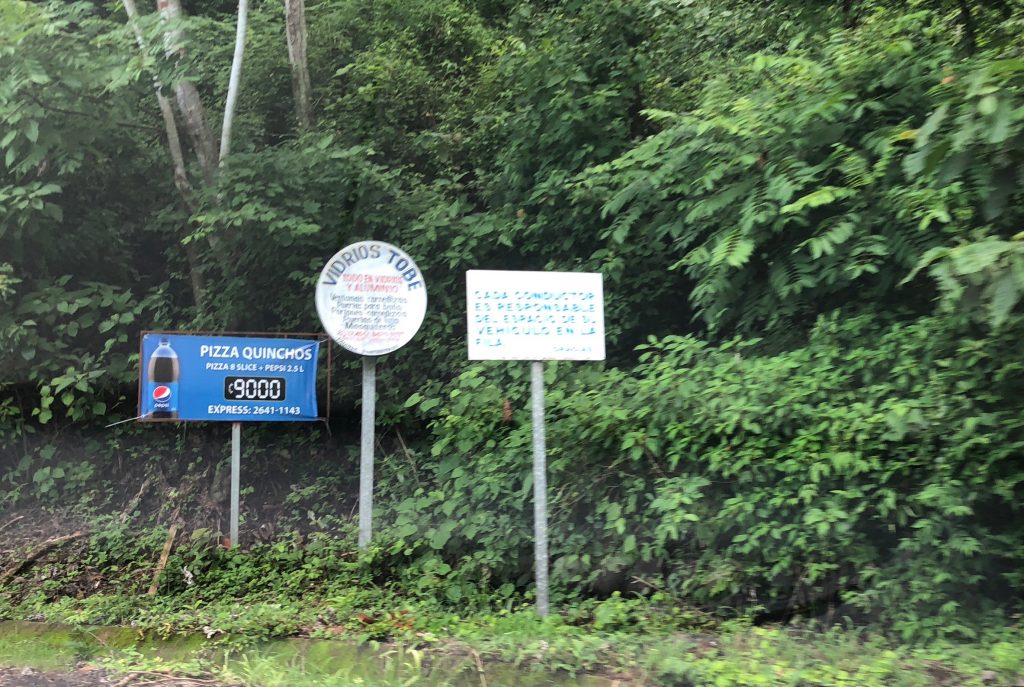 I wouldn’t have thought that avocados and plastic would have much to do with one another, but the more we learn about places in the world, in their challenges and opportunities, the more we see how what we do, and how we interact between countries of the world, are all connected. Kudos to Costa Rica for a major undertaking the world is watching. Of course there are challenges and road blocks, but a commitment to minimizing the carbon footprint is the first step, and one to support through learning and education, locally, and on a global scale. 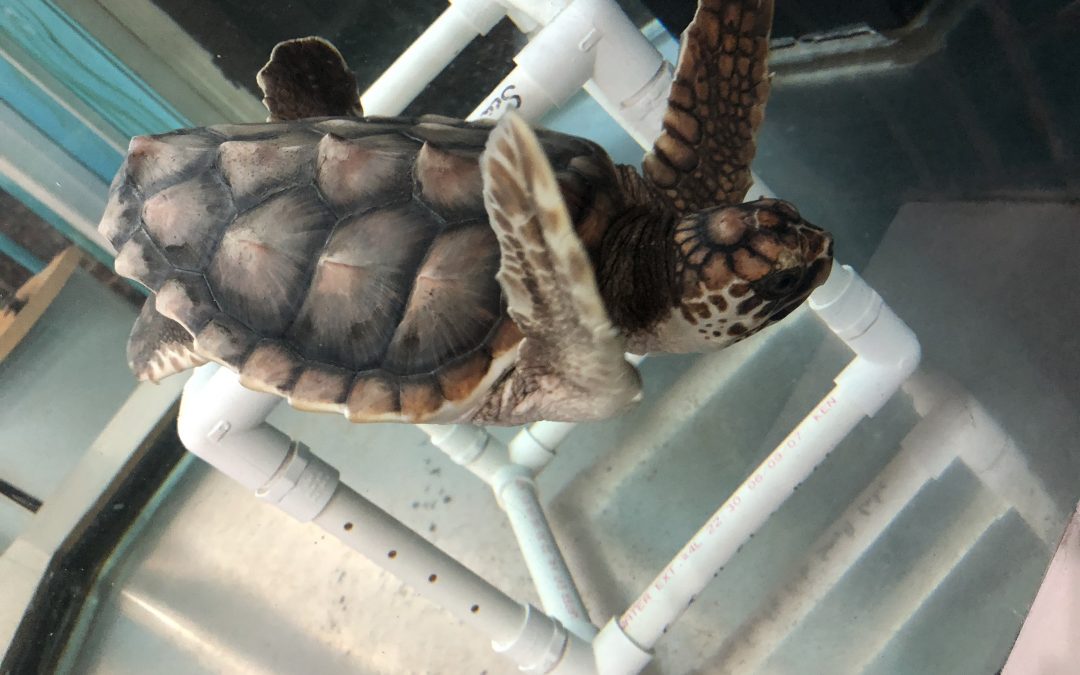 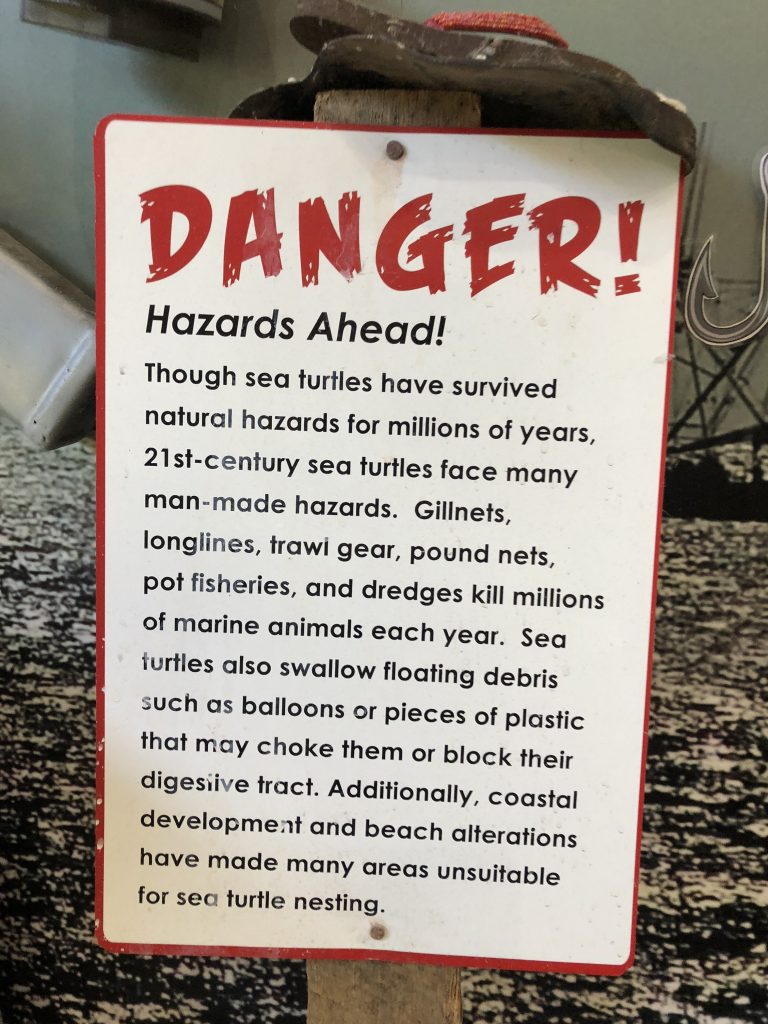 Knowing how what we do EVERYDAY impacts everything else around us, makes us think hard about the choices we make. Here we see how our human behaviors impact nature. 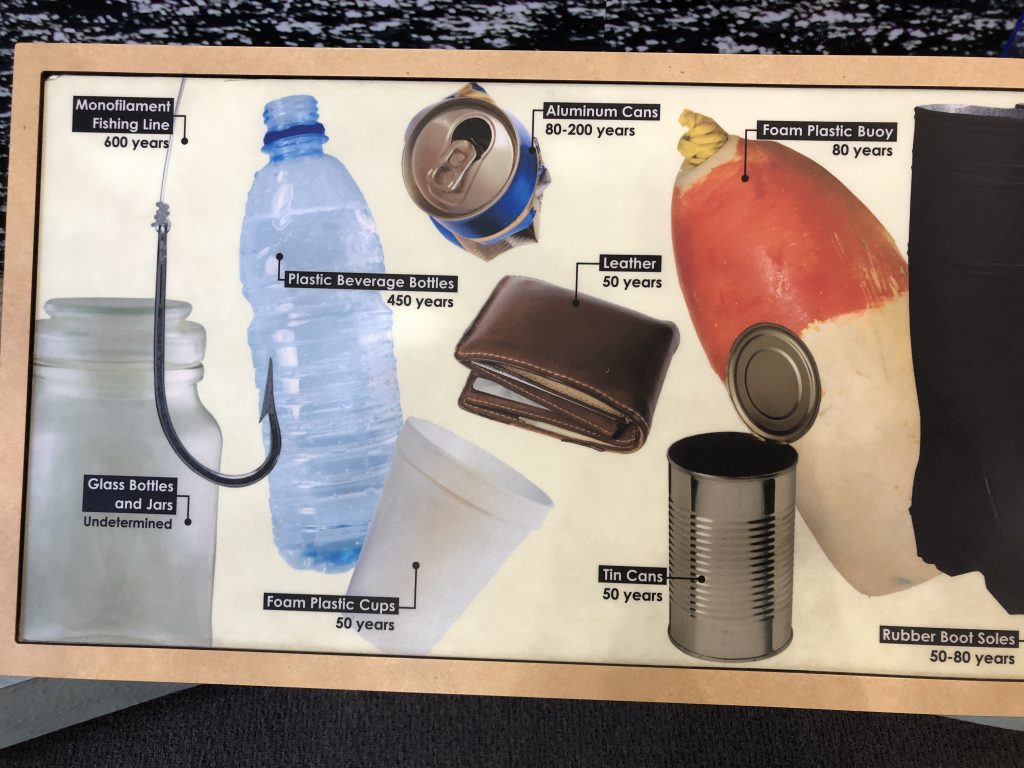 Sea Turtles end up at the conservation center for various reasons, but most of them can be rehabilitated and returned to the wild. 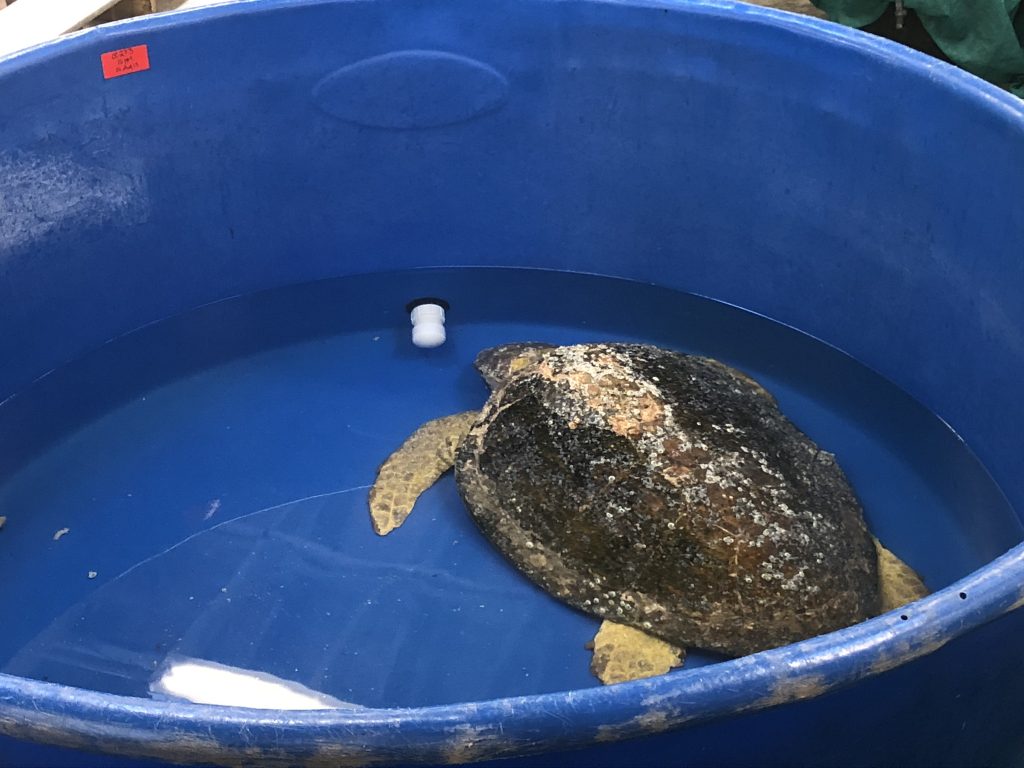 When a sea turtle gets caught up in a boat motor, the shell can have breakage. Doctors make a paste and perform a procedure that allows the shell to be “glued” back together again. Here we see one as it is healing. This TORTOISE (land turtle) is healing quite nicely. 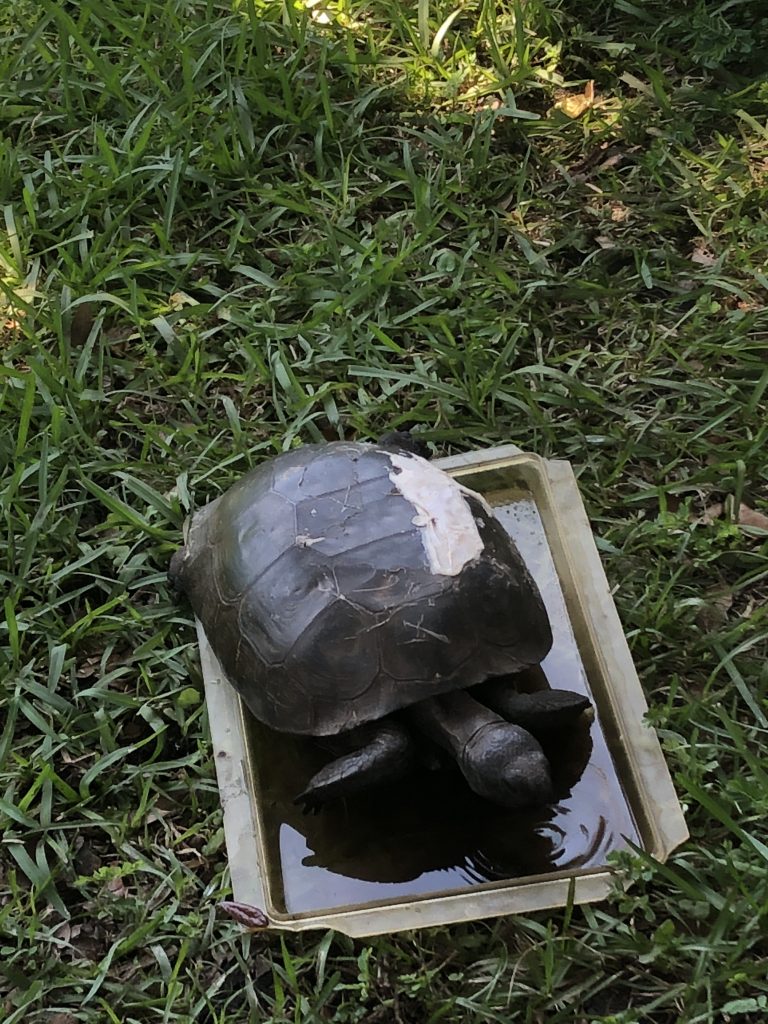 So, what DOES cause issues for wildlife at Jeckyl Island? Check out about Marine Pollution: 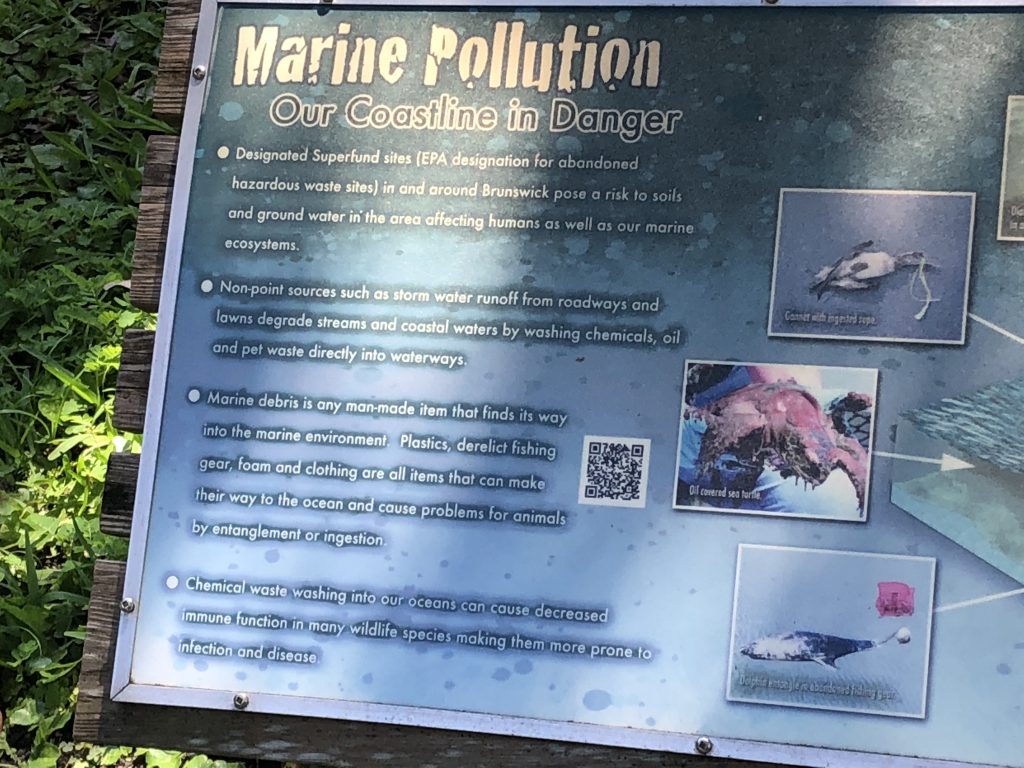 Our Director, Ms. Carton, got a chance to attend conservation centers several live and share back with us, or connect live during the adventure. Here is a rescue operation she took us on: 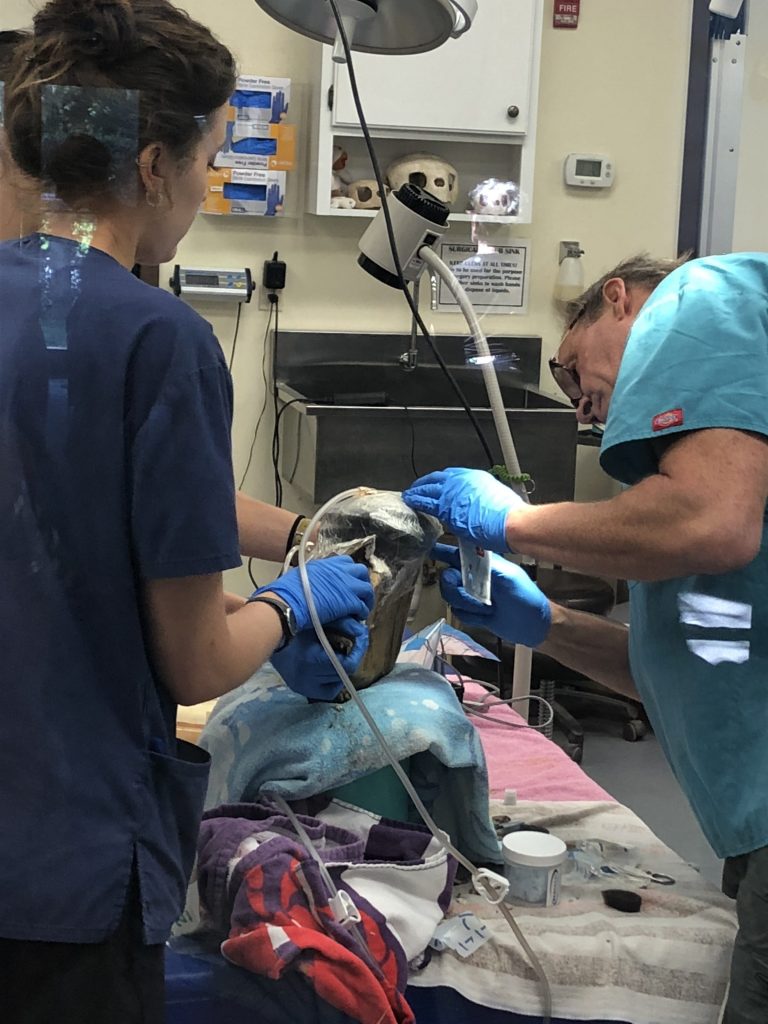 Because only 1 in 1,000 babies make it to adulthood, it’s hard to be a baby turtle, but rescue operations, like this one for baby Terrapins, allow for a much larger survival rate. 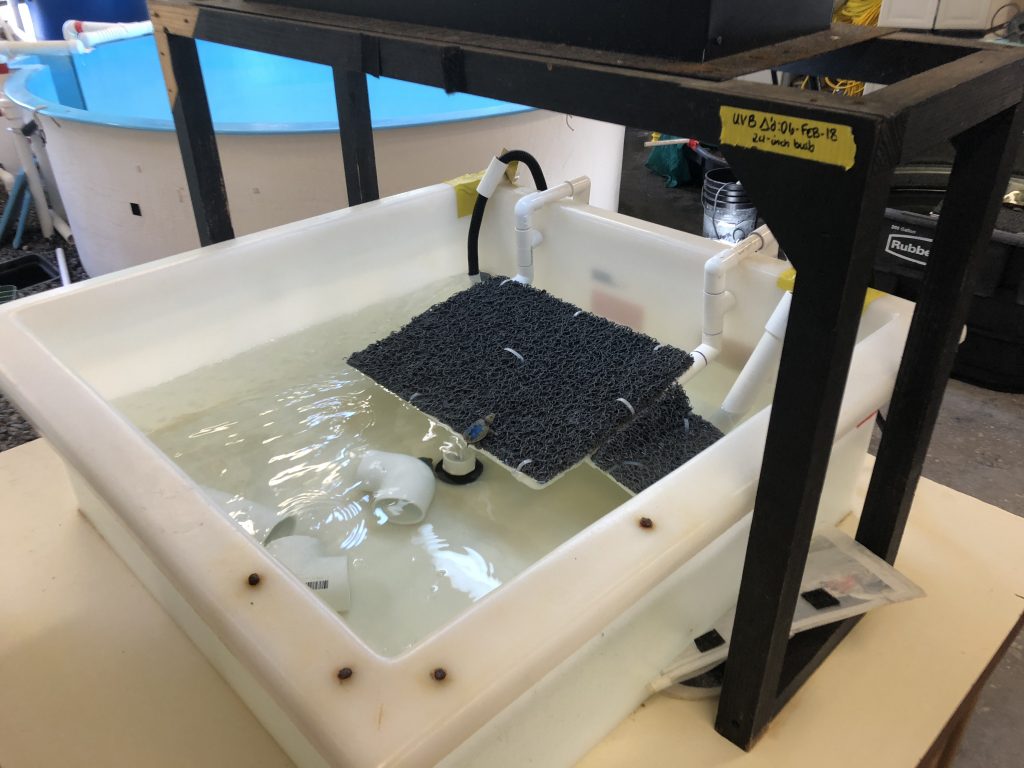 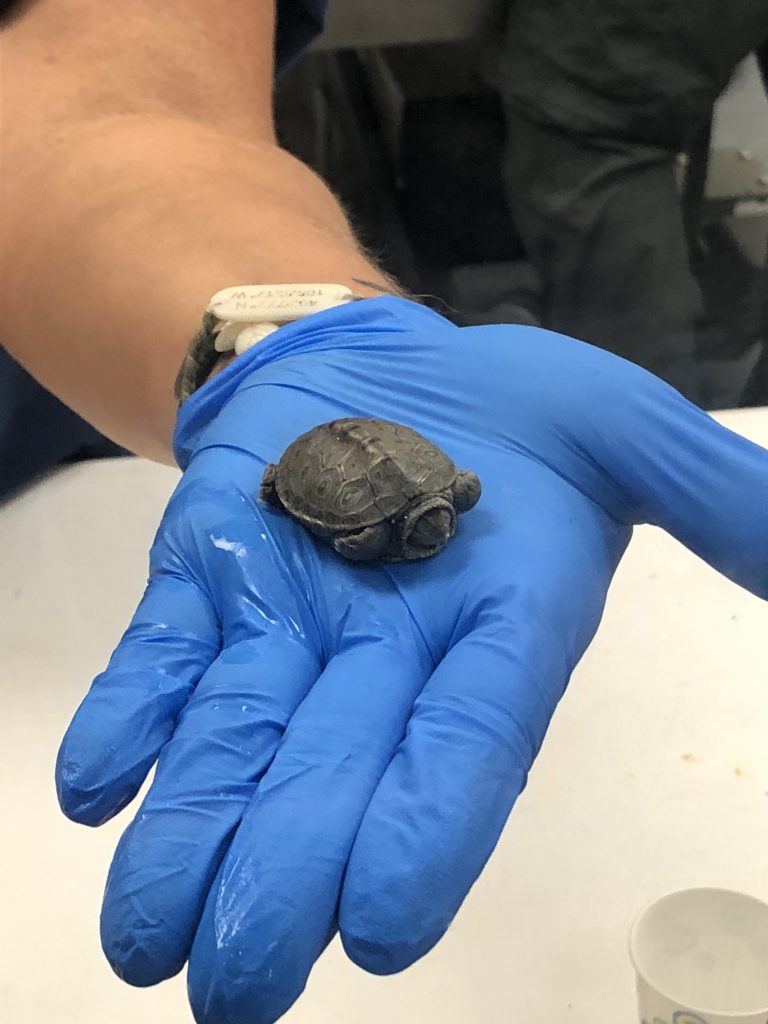 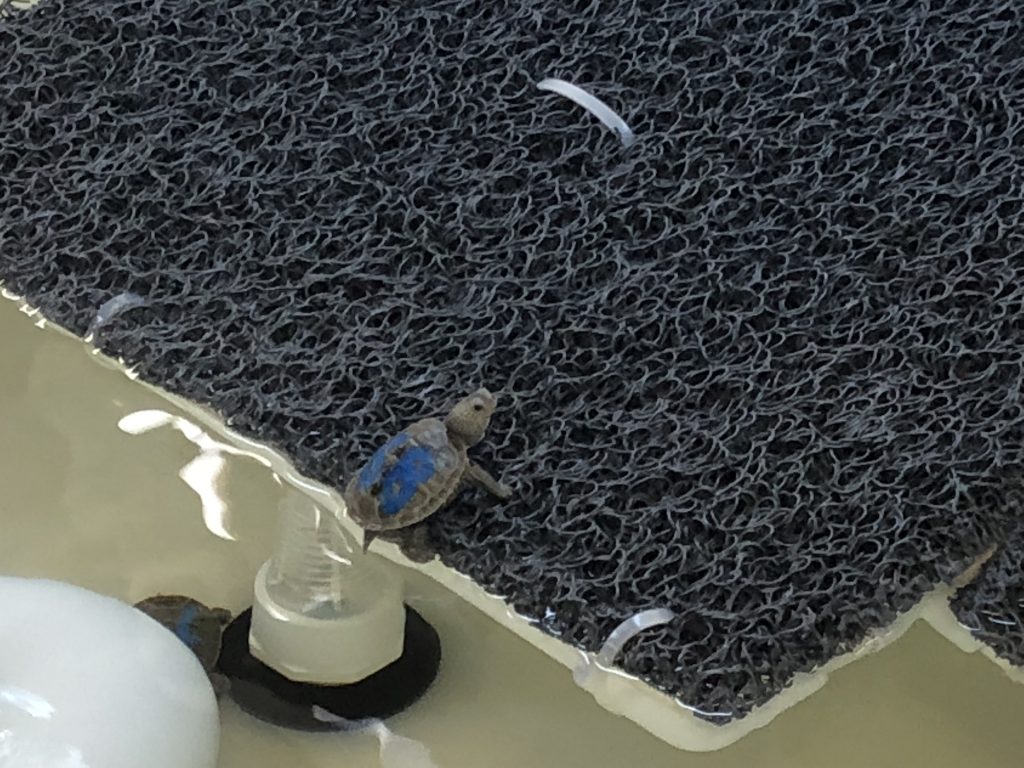 Embrace every learning opportunity to know more about the world around you, as this will help you appreciate and understand all the creatures and people that live within.